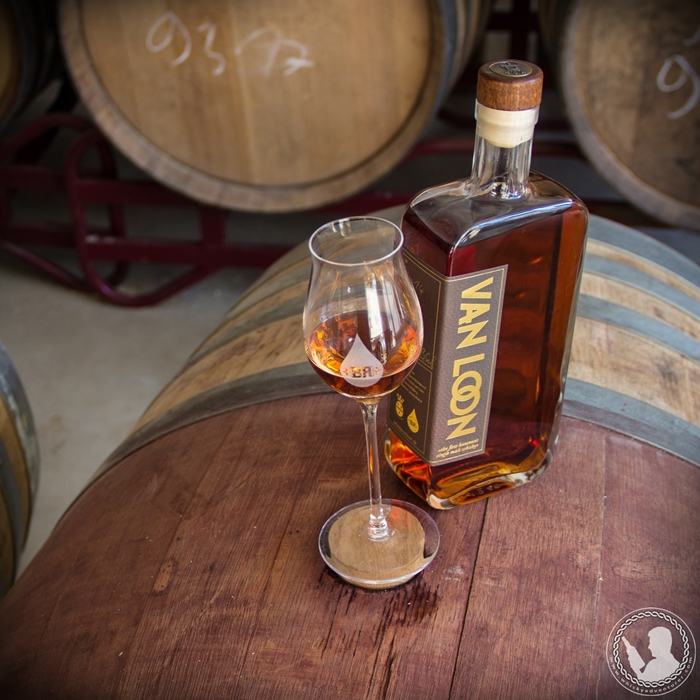 A had a very pleasant surprise one Tuesday in Bremen, Germany, when visiting my friends at Piekfeine Brände.

Birgitta Schulze Van Loon, the owner, welcomed me and we had a good chat about what had been going on at the distillery since I visited last time.
I had time to chat with Ole and Philipp who were busy bottling and labeling in the production area.
Mathias joined us and told about some of the new products.
Now it was time for Jannik and me to go to the new warehouse. It is a little drive from the distillery, just about 10 minuets if traffic allows it.

I was about to witness the upcoming warehouse, visitor center, shop and a gorgeous tasting room.
The warehouse is located at Union-Brauerei, a brewery where some of the wort for Van Loon whisky is made.
Jannik showed me around the new warehouse, that was in the making and he also had a surprise for me 😎 He showed me how to use the valinch (the tool to take the whisky out of the cask with. In this case a glass pipe you suck up the whisky from the cask and put your finger over the inhale hole and place the pipe in the bottle and let the whisky flow into the bottle by removing your finger again and the repeat) He then told me to fill my own bottle 😮
We had been talking about what new whiskies they had been making and when He told me to fill my bottle with the not yet released Van Loon Port wine finish it was like a dream come true 🤗
That feeling of smelling the whisky in the cask and having the privilege of taking out of the cask and tasting…… What a great feeling.

Straight out of the Port wine cask!
The whisky has been resting in different cask types. A First fill 100 liter ex-bourbon barrel and a 225 liter Burgundy red wine barrique was married after 3 years and then finished in Tawny Port wine cask for about 1 year.

I tasted it straight out of the cask at 60% ABV and it is full of fruity flavours, warming but soft with a load of pear notes, plum and dark chocolate. It has a good burst of the red wine and the Port wine takes over at the end and stays together with some vanilla and wood for a long time.

It is a whisky that tastes significantly different from other with a port wine finish. It’s one of the things that makes Piekfeine Brände Van Loon whisky interesting and one of a kind.

When it is released it will be at 43% ABV but I belive it still will be a fantastic whisky it can take the lower ABV without los in complexity.