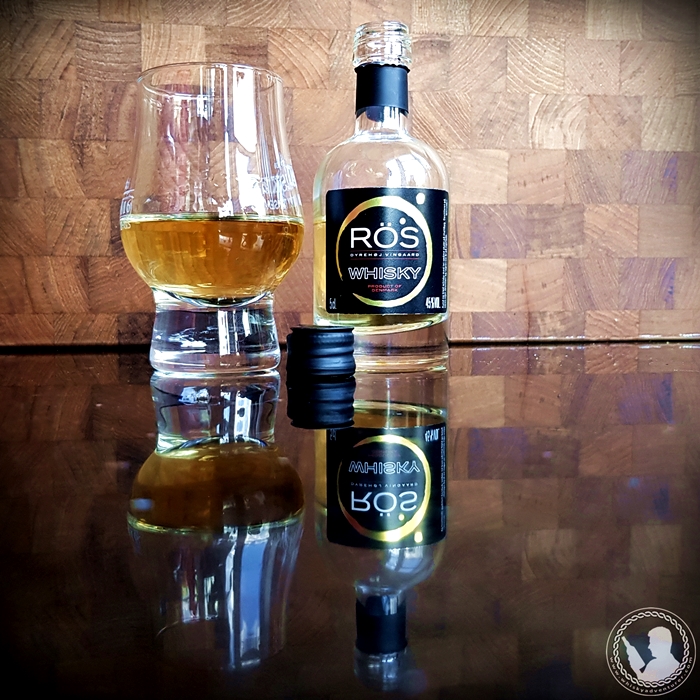 Smaller scale distilling. “Rös Whisky” is a Danish Whisky from a Winery called “Dyrehøj Vingaard” – So this means whisky is not their main product, Wine is and they are good at it.

The winery make other spirits like gin, snaps and so and in 2013 they by coincidence started to make whisky as well. A craft Brewery had made to much Christmas Beer…. hmm 🤔 and knew they couldn’t sell it. A good thing about this Christmas beer was that had not used Hops, only Barley. The winery got hold of the beer and decided to distille the it and let it mature in casks so it would become whisky.

The Whisky is young, 3 years old, and you can taste it but there is good potentiale in this whisky.

When I nose the whisky it reminds me of new make at first hand but then some sweet christmas cake takes over.
In Denmark we have a honey cake and it is alot like smelling those.

The taste is oranges, ginger, all spice some cloves and vanilla. The finish is medium long and has dominans of all spice and that feeling of new make.

It is a little oily and feels dry on the tongue at the same time.

Now I would like to tell you the facts and numbers of this eksakt whisky, but I found it at a hotel near my home. They only had the minis and no information. I have not been able to find very much on the whisky and I haven’t visited the winery/distillery, yet, to get the full story.
These facts are the closest I can get. I will make another post if I get the chance to get my hands on a larger bottle at the distillery one day.

👄: A little oily, dry, oranges, ginger, all spice some cloves and vanilla

😋: The finish is medium long and has dominans of all spice and that feeling of new make.