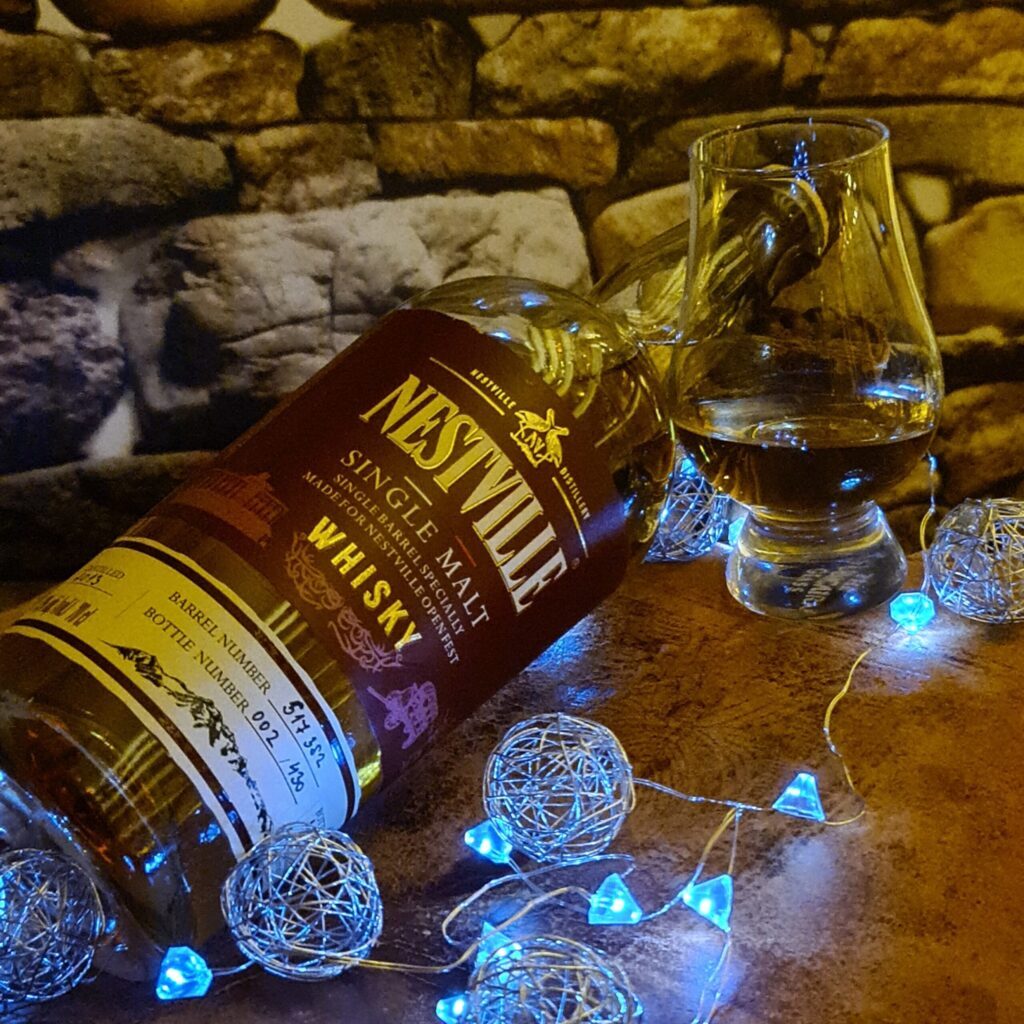 I was so lucky to stumble over this Slovak Single Malt whisky on a little trip in our own country, now that we can’t travel to other countries.

I have heard about Nestville blended whiskies, but have never seen them in Denmark, but now I was faced with a quite nice selection of blends, single barrel and this single malt from the same distillery, that is; Nestville.

Tasting this limited single malt, that was released at a festival in 2018, was interesting in a couple of ways.
First it is the first Slovak whisky I have tasted.
Second it was different from what I had expected. Of what I can finde on this single malt it has matured in new American oak casks for 5 years, and the barly has been smoked with smoke from beech and cherry hardwood.
I had expected smoke notes in the nose and taste, but nope I don’t get any to start with, but when the whisky has been in the glass for an hour I can sense a very soft and sweet light smoke note.
I get more spice than I had expected from the American oak, this is more like the European oak style.

Another fun thing is that it has this dry sherry touch – can this come from the cherry smoke?

👃: Spices, dry, ginger, vanilla, flowering heather, rubber, after a while I get a very gentle touch of sweet smoke

This is the first fully Single Malt that has been released and for that this is a pleasant entry to the market.
It is a easy to drink whisky but it tricks me with the feeling of having a sherried whisky when I am not. So it will not win the battle of balance in my book but it is an interesting whisky and some day I will have to try some of the other Nestville whiskies.