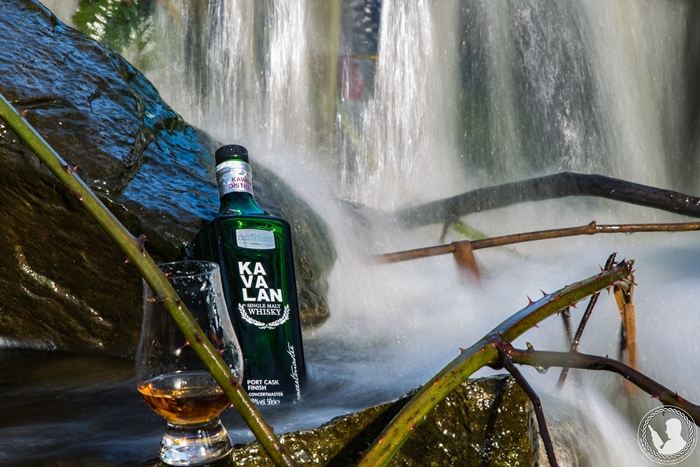 Kavalan Concertmaster Port Cask Finish is a whisky I feel a little double with. On the one hand I really like it and on the other hand there are things that repel me.
It’s different, which I like. It is easily drinkable and gives some flavor nuances that are not in other port wine cask-aged whiskies, I also like that.
One of the points where it has some turn off for me, is a perfumed scent which has tones of universal glue. The taste is a bit the same, but to a somewhat more subdued extent.

Port Cask Finish is the first release in the Concertmaster Series.

The name Concertmaster comes from the founder of Kavalan Mr. Tien-Tsai Lee’s passion for Classical Music and he has used other music termes to name Kavalan’s whiskies, like Solist and Conducter.
The concertmaster leads the entire string group, mediates the contact between conductor and orchestra and performs solo violin passages in an orchestral work. This is the finish of the whisky taking the lead in taste.

It has no age statement and you will see that in many of Kavalan’s whiskies. The warmer weather means that evaporation is somewhat greater in Taiwan than e.g. Denmark and Scotland. This contributes to a faster maturation of the whisky.
In Scotland, the angels share is approx. 2% per year and in Thailand it is between 10-12% and can reach as high as 15%, so a lot disappears in a few years, which also means that they can not store for many years.
With the faster maturation, it is said that the maturation in Taiwan will be equivalent to multiplying the years on the barrels by 2.5. So in this case where the whisky is approx. 4 years old, with the increased maturation rate, it would be comparable to a Scotch whisky of about 10 years.

With the maturation in both ex-bourbon and port wine casks you get at whisky with the vanilla notes and the notes from sweet ruby and the more dry tawny port. It says that also Vintage port casks have been used, but I don’t know which influence this will give other than it looks good on the lable – but I am also just a happy whisky drinker, so what do I know about Vintage Port 😉

👄: Fruity, sweet, a touch of dried fruits. With water the fruityness dies out

𝙄 𝙬𝙞𝙡𝙡 𝙜𝙞𝙫𝙚 𝙩𝙝𝙞𝙨 𝙬𝙝𝙞𝙨𝙠𝙮: 🥃🥃🥃 (3/6)
Maybe I have been a little hard in my judgement, but at some point I wanted to give it only 2 two 🥃🥃 but then again there is something about it I like. I will definitely drink it again.