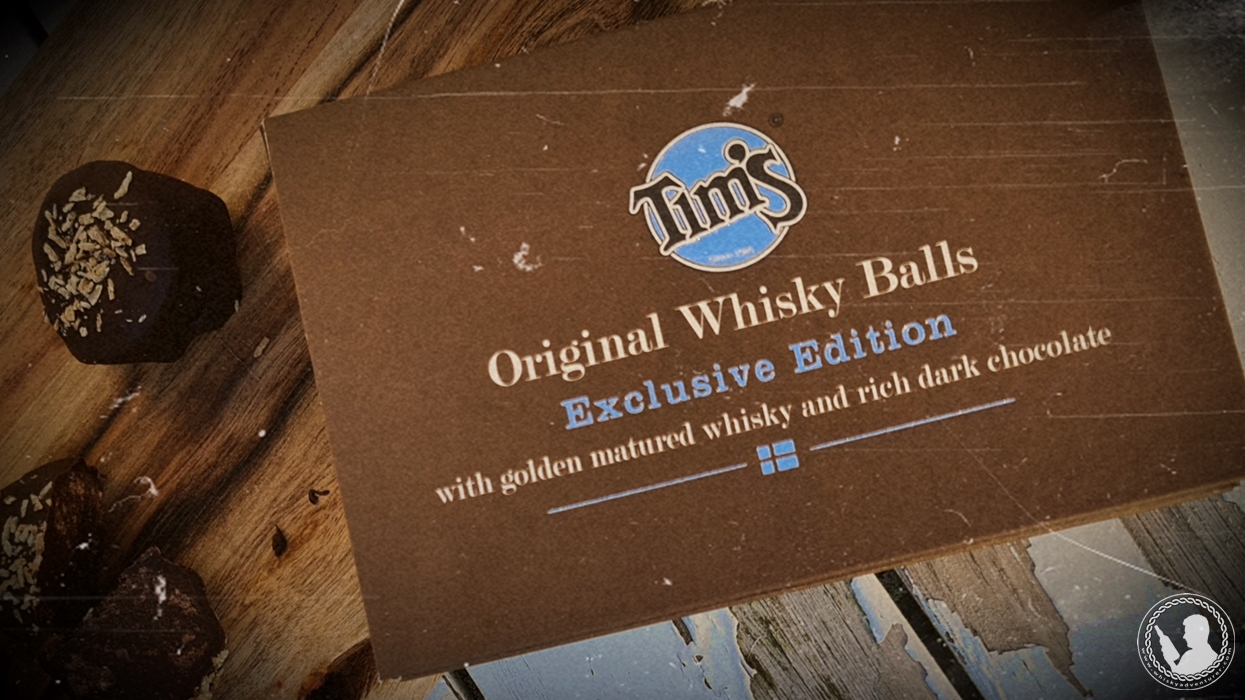 Brownies and Whisky sound quite appealing and Romkugler “Rum balls” is in my optics something I rarely pass on – But is this related?

I’m pretty crazy about Romkugler “Rum balls”, I’m also a big fan of brownies and I don’t think there is anyone who doubts I like whisky.

Romkugler “Rum balls” are made from danish pastry from the day before, added a little remonce, a little rum essence and jam in some cases. It gives this slightly sticky delicious and mega unhealthy ball which can be enjoyed at all times of the day 🙂

I have lived in the USA for a few years and have gotten quite a few delicious Brownies over time. A delicious spongy chocolate cake with pecan nuts and chunks of chocolate. Yummy

Whisky can also be written about a lot. It is available in different versions, strengths and flavors and whether it is Scottish, Irish or American can be just the same, they each have their own charm.

It’s great to set your teeth into an American cake or cookie. Tim is Danish-American and has “The American Touch” and I love Tim’s Chocolate Chip Cookies.

Tim’s Original Whisky Balls is a Brownie ball with whisky added and dipped in dark Belgian chocolate – that was the short version, but it’s a fact.

I was a little high when I heard about Tim’s rum balls and especially the variant with whisky. They are talked well about, so my expectations were high when I found them. I had not heard or read that it was a brownie, so my expectation was a bit of a “classic Romkugle” a rum ball that just tasted of whisky – But it was a somewhat different experience that hit my mouth.

The feeling of the classic soft, sweet “Romkugle”, rum ball did not materialize and the feeling of whisky did not get me either – Were my expectations too high? or was I just too biased, yes, maybe. However, my mind is very open and the whisky balls should have a chance.
I looked at the back of the package to see what the balls contain and saw that it is a brownie – Okay, it makes sense and that feeling and a taste I could well reconcile with. Now I came to the whisky experience …

At first bite, I sit with the thought of having whisky been added at all, but then came a cautious appearance of alcohol. Not a distinctive whisky taste, but the feeling of alcohol added the cake. The cake is sweet and maybe that’s why the whisky is not really showing.
It does not say anything about which whisky has been used, so it does not really give any hint as to whether it is bourbon, Scotch whisky or something completely different. However, it says that there is also Irish Creme liquor in it – against that, is Irish whiskey used?

My wife also tasted a Whisky Ball and she think they taste pretty much of whisky. Hmm, she does not drink whisky, she thinks it is too strong. Later in the evening I got myself a whisky. It was cask strength and her comment was – “do not you think it is because you drink those strong whiskies that you can not taste it in the cakes?” Yes, maybe she has a point. Normally I don’t think I’m challenged to taste the aromas in whisky at lower percentages.

My conclusion on Tim’s Whisky Balls is that I would probably prefer to have whisky and brownies separately. They do not taste bad, but I’m not up touching the skies. If I think of a good use, my thoughts fall more on them as a desert with vanilla ice cream and a good whisky with a port wine finish on the side, than an afternoon snack.

But as with whisky, it’s also with these whisky balls that you have to taste them to evaluate them – So give them a shot 😉