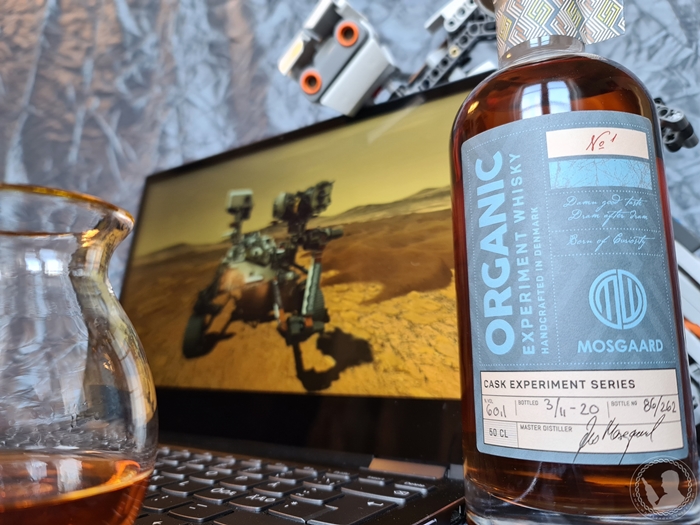 I admit this has not very much to do with whisky, but just a excitment out burst for the landing of Perseverance Rover on Mars, thursday February 18th 2021.
I know this is about NASA doing, but I can’t hold back that I am proud that Danish scientists and engineers have been involved in developing elements for Perseverance Rover.

It is i.a. the camera that examines rocks and other objects that can simultaneously analyze with the help of X-rays and lasers.
The Danes have made vital components for:

🚀 The Pixl instrument will scan and examine selected rocks on Mars for signs of life.

🚀 SuperCam is a laser instrument that can shoot at rocks several meters from the vessel. It measures both the composition of minerals and elements in the soil to examine signs of life.

🚀 Mastcam-Z will act as the vessel’s eyes. It can see 360 ​​degrees around and 180 degrees up and down. In addition, it looks both in color and in 3D.

🚀 Moxie is a small box the size of a car battery that will try to produce oxygen directly from the CO2 atmosphere on Mars. It does so like a tree inhaling carbon dioxide and exhaling oxygen. It differs from the other objects because it is only part of an experiment with a view to being able to send humans to Mars in the future.

The SuperCam can among other things, calibrate the images taken on Mars. Without calibration, it can be difficult to read the images, for example due to dust in the atmosphere, which changes the colors. Apart from having developed part of the SuperCam, the Danes are also part of the team that will translate and analyze the data on the composition of elements on Mars that SuperCam collects.

As with Supercam, the calibration equipment for Mastcam-Z is supplied by Danes. This calibration equipment allows the images to be captured in many different colors depending on the atmospheric conditions.
Pretty amazing stuff this Mastcam-Z. It can capture and film a small fly at a distance similar to a football field.

Danes have in collaboration with other scientists developed Moxie, and this Technology can prove to be absolutely crucial if it succeeds. In that case, NASA’s plans to make manned missions into space in the future will move closer.

Danish researchers will also be involved in further investigation of all the samples that Perseverance collects on Mars. The samples are expected to be ready for research on Earth for in the early 2030s.

When I watched the landing I had to have a whisky, even on a thursdag 😉 and in this case the most natural choice was to take a Danish whisky.
There is a lot of science associated with whisky production, but I had to find one that made a lot of sense for the event that took place.
My choice fell on a Single Malt from Mosgaard Whisky.
It is an organic Single Malt which is composed in an experiment with different cask types. It is number 1 in the Mosgaard Whisky “Cask Experiment Series#. I have another post where I give you more about the whisky itself.

What is more interesting about Mosgaard Whisky is that Owner and Master Distiller, Jes Mosgaard has previously researched insound and made i.a. speakers and headphones.

When Jes Mosgaard was looking for the perfect place for his distillery, he made a thorough study of where in the country the best water for whisky production was located. It was on Funen that he got samples from water wells with water that had the very right in hardness and is high in minerals.

So cheers to great news of a succesful landing on Mars