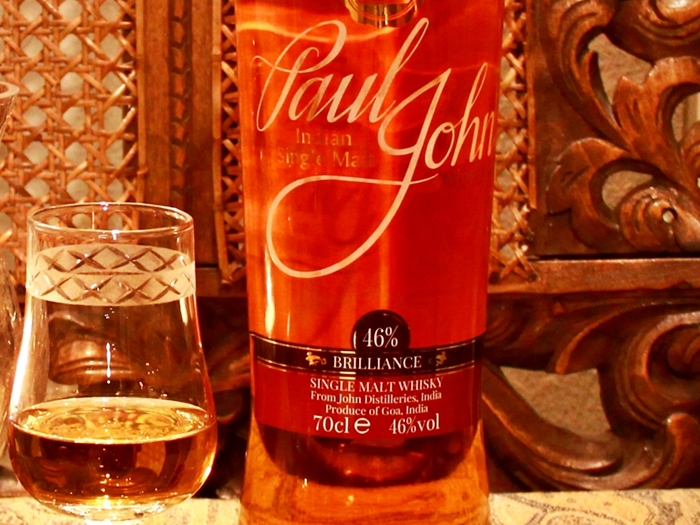 At the foothills of the Himalaya six-row barley is grown for Paul John Distillery.
The distillery has address on Goa and they have made this Brilliant whisky 😉

It is my first meeting with whisky from Paul John and I bought this bottle back in december 2016.
My first impression was uplifting because it had a new taste and changed in character when it got a splash of water.

I had heard that India made a lot of whisky and most of it was made on melasses. So the it would not be categorized as whisky in Europe, so I was skeptical. But this was a single malt made from barley on pot stills and aged for more than 3 years – Great and then the taste was Brilliant.

I will have to try more Indian whisky and more from Paul John.