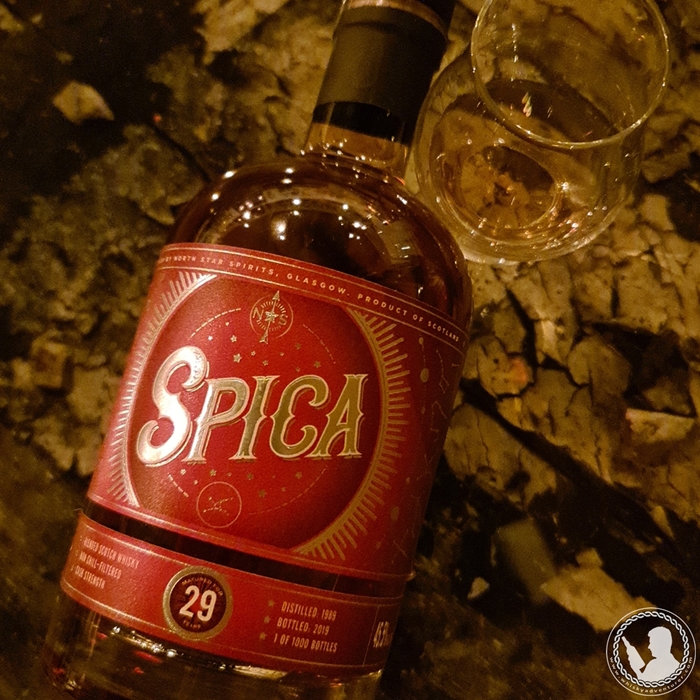 Spica Edition number 2 from North Star Spirits. This time 29 years old and a completely different whiskey.
When I first put it to my nose I was not impressed and at first sip I was disappointed. It was anything but what I had imagined.
Spica 20 years old was sweet and filling, this was was next to the opposite.

I poured a little more into the glass and out into the kitchen and did the dishes.
Just over 20 minutes later I was sitting at the table again, ready to give Spica 29 years another chance.

I’m really glad I did – it was a whole different experience. Now came more of the raisins, sweetness, plums and the lovely malt notes I had hoped to find.

In other words, this is a dram you have to honor the length of the maturation time by giving it time to wake up.
If you have patience you will get a nice dram.
You will sometimes be in doubt whether it is a single malt or a blended whiskey you have in the glass.

You must leave it at least 15 minutes till it has gotten some air, then it becomes delicious and elegant.
It is very different from its 20 year old predecessor which was very sweet in the taste.

👃: Clear grain to start, pepper, dust, after some time there is sweetness and if you give it air there will be some more raisins and dried fruits