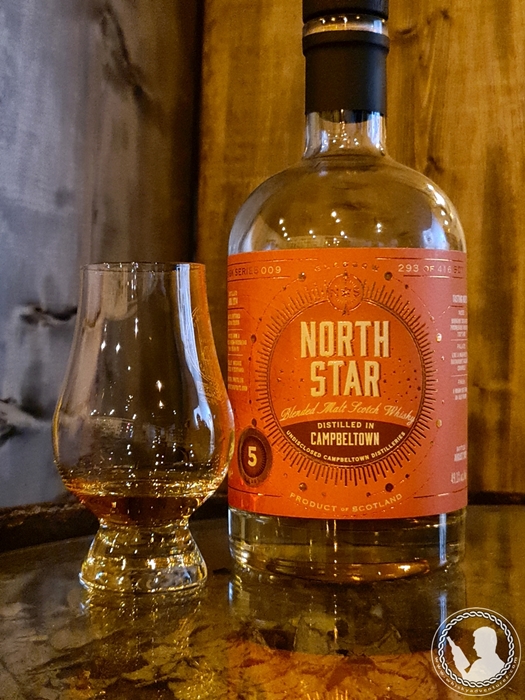 There is much very nice whisky in this world and North Star Spirits has brought another to the market which is simply delicious and at the same time with an expression that shows that young whisky is definitely worth looking for. It is only 5 years old, but is round and soft.

Several may want to wrinkle their noses when they see it is a Blended Malt. I just have to say that if they do not want to throw themselves over it, then it is their decision and I think they are missing out on a nice dram.

It is made from whisky that all come from Campbeltown. We are not told which distilleries are involved and I dare not guess the composition, and it also means less to me when it’s something that tastes great.

It could be really exciting to know where it comes from tough, I will admit that, but we will probably never know.
If we are to guess a little anyway, there are only 3 distilleries in Campbeltown; Springbank, Glen Scotia and Glengyle. Maybe this will make it a little easier – I don’t know.

It could be from just one distillery or all three. Springbank is a robust whisky so I don’t think there is very much of this in the dram. I lean more to the fruity and lighter Glen Scotia, but mostly I think it is from Glengyle. It is young, smoky, soft, round, fruity, toffee sweet and with some salty notes. That matches fine with the Kilkerran’s I have tasted.

No matter what, it’s a lovely dram and considering its age it’s amazingly soft, round and pleasant.