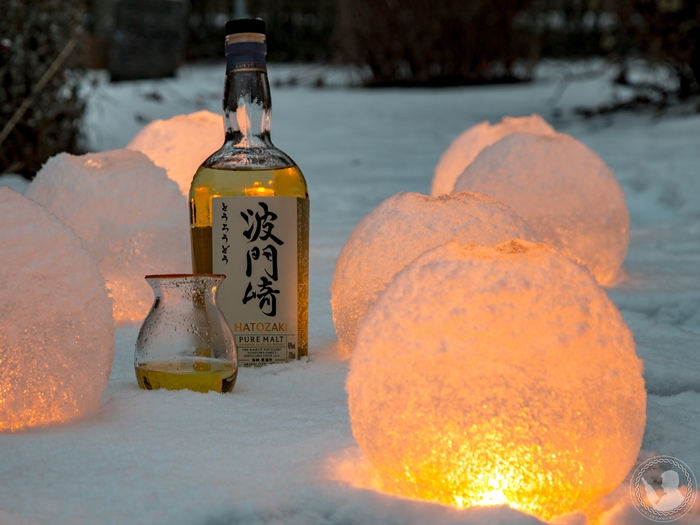 This is a fun whisky, because just like I bought it, took pictures and tasted it, there was released new rules for Japanese whisky on February 16, 2021.
So is this a Japanese whisky or not…

The Kaikyo distillery is relatively new. They have been producing alcohol since 2016, but have apparently only been licensed in 2017. hmmm although the Yonezawa family how has the distillery have been brewing Sake since 1856 and began distilling Spirits in 1917.
The location of the Kaikyo distillery is in the town of Akashi, at the historic Akashi Sake Brewery. Okay why is it not named “Akashi Distillery”? Well a good reason for this is that there already is a distillery by that make whisky and sake that is called Akashi. It is produced at the Eigashima Shuzo – White Oak Whisky Distillery only about 10 km from Kaikyo Distillery.
So Kaikyo calls their whisky Hatozaki so no one will get confused. I have read that this will change when they release the first Single Malt whisky – Then it will be called Kaikyo Whisky.

Kaikyo Distillery has it’s name from The Akashi-Kaikyo bridge which is not far from the distillery.
With a free span of 1,991 meters, the Akashi-Kaikyo bridge in Japan is the world’s longest suspension bridge and thus 367 meters longer than the Great Belt Bridge in Denmark, which is the world’s third longest with a 1,624 meters free span. The bridge was opened on April 5, 1998 (The Danish bridge opened June 14, 1998)

The name on the whisky – Hatozaki is from a nearby Lighthouse – well not just any Lighthouse, but Japans oldest stone lighthouse that was taken in service back in 1620.

So far so good.

There is also a Hatozaki Blended whisky. Maybe I will tell about that in the future, but now it is time to focus on this Hatozaki Pure Malt.

Kaikyo has barrels of whisky from other countrys maturing at the distillery and blend these to get the Pure Malt and the blended of course.
The taste in Hatozaki Pure Malt is young. We don’t get an age statement, and that is fine with me, but we don’t get to know what actually is in the bottle either.
Mossburn is an Independent bottler and distiller that own Torabhaig Distillery on the Isle of Skye. They started distilling in 2017 as well, maybe there is young Torabhaig in this blend? It can be many other sourced whiskies and I don’t think there is very much original Japanese whisky in the blend as there is shortage of Japanese whisky in general.

It is said that all whiskies in this blend is between 5-6 years old and the casks used are Ex-Bourbon casks, Ex-Sherry casks and Mizunara barrels.

Anyway Hatozaki Pure Malt has been vatted in small batches of 20 caskes. This can be 200 – 500 Liter casks and is vatted i a special two stage proces.
First the master blender hand picks all the casks he want to use. Then he makes two Foundation blends and fill this each foundation into one cask to rest. After a periode of time he then marry the two foundations into one and let it rest for a periode of time.
Voila and you have Hatozaki Blended whisky.

In my opinion you need to give this whisky some air before sipping. This will take some of the alcohol burn when you nose. Then it becomes more fruity. It is grassy, malty, light smoked, some vanilla and pear.
The taste is reminding me of something Scotch I have tasted but in a younger version. Maybe that is just an illusion I have knowing that Mossburn is involved in some way.

Well, my conclusion is that is a okay whisky that in some ways get me thinking of a mix of Chivas Regal 12 year old and Label 5 but with more power and more maltyness. Not bad at all, I think I had expected a more round and smooth whisky. I think this one just have to grow with me. Now that I have the bottle it might change me with time – let’s see 😉

Maybe in 2022 or 2023 Kaikyo Distillery will release a single Malt from the distillery. Some from the first runs in 2017. I think that can be exiting.

👄: Malt, nutty, citrus, a little vanilla, pepper, a little touch of smoke, slightly creamy/oily, honey, a little dried fruits like prunes but not the sweet ones.