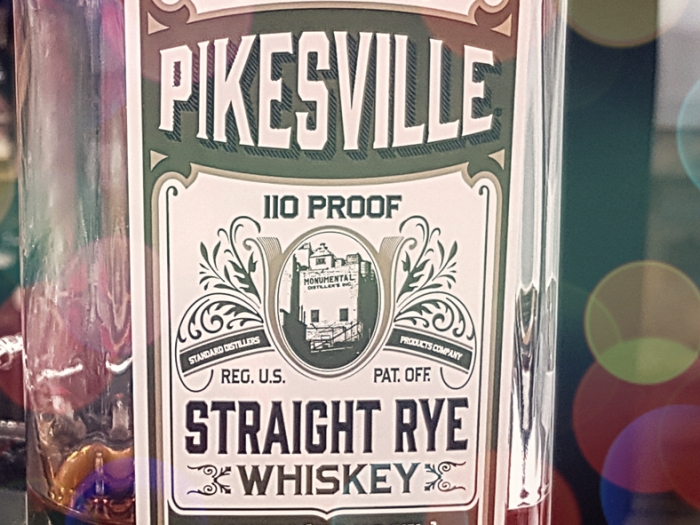 This is good Rye Whiskey.
There is so much great Rye whisky on the marked and to many people avoid it – Why – I don’t know, but they cheat themselves from some good experiences.

My first experience with Pikesville was at a whisky fair. I had just had a taste of Michter’s Straight Rye which I think is awesome. I don’t think my expectations was that I was about to have a Rye whisky that would match it – But when I nosed Pikesville I was fantastic sent meeting my nose and the taste – wauw. This is in my taste just at great taste and I will undoubtedly have Pikesville Straight Rye again.

Pikesville Rye was produced i Maryland in the 1890s but was shut down in the 1920s during Prohibition. Pikesville was reopened after Prohibition but the rye whiskey production died out in Maryland and Pikesville was the last brand standing, but also shut.
Now Heaven Hill is producing Pikesville Straight Rye Whiskey in Kentucky, I think from the Bernheim distillery, and they are holding on to the traditions from the old Maryland way of making Rye whiskey.