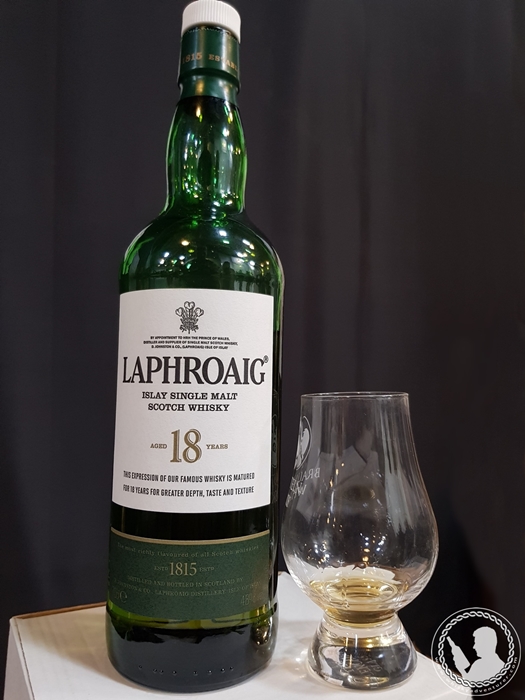 Laphroaig 18 years old is in my opinion just a fabulous Whisky.

The combination of sweetness and peat, honey and tar. Oak and the Sea. Soft, creamy, warm and spicy. Nutty and toffee. Leather and dark chocolate.

Laphroaig 18 Years Old was introduced in 2009 as a replacement for the 15 Year Old. In 2016 it was discontinued again to be replaced by “Lore”.
Why discontinue a perfect whisky, well one reason could be or more likely the reason is shortage of aged whisky at the higher age.
I have heard that the 10 year old takes quit a bit of the older stock to keep up demands. There are other Laphroaig’s with age statement, but not many. There is a 16 years old that was released in connection to Laphroaig’s 200th anniversary, so it might not be long on the marked and a 25 years old that is released annually. Some very Limited Editions of 30 years old and higher are also released from time to time.

The 18 year old is a whisky I could enjoy for a long time. Just sit and nose it and sip quietly. If I had a bottle, this would be the whisky I would enjoy either on a evening where I just had to relaxe and let my head have a break from everything or when having a cozy evening with good friends that prizes good whisky.

Yes please, this is just a beautiful whisky and Hard to find.
It has everything I like.